Holding almost every placekicking record at the University of Wyoming, Wedel earned All-America honors in 1996 and 1997. He was named to the all-Western Athletic Conference team in 1995, 1996, and 1997. During his career, Wedel kicked five game-winning field goals, including a dramatic 41-yarder against Iowa State to give UW its first ever overtime win in its first ever overtime game. He was one of twenty finalists for the Lou Groza Award (honoring the nation’s best kicker) in 1996 and 1997. He led the team in scoring in both his junior and senior seasons. Named first-team Academic All-America in 1996 and 1997, while earning WAC Scholar-Athlete and Academic All-WAC honors all four years at Wyoming. 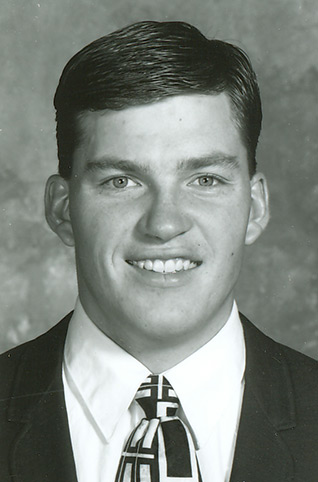