A two-time first-team all-conference selection, Elliott was one of the most prolific scorers in Cowgirl history.  She was recognized with Kodak/WBCA All-America Honorable Mention honors her senior season.  She is fourth all-time in three-point field goals made (205), and is in the Top 10 for assists, free throws, and steals.  In 2004, she led Wyoming to a first-round upset of Colorado State in the Mountain West Tournament with 29 points (including six three-pointers) and seven rebounds.  In 2003-04, she led the team in scoring and was the second-leading scorer in the conference.  A three-time MW Conference Player of the Week, Elliott still holds the record for most points scored in the Arena-Auditorium by a Wyoming player (36 vs. Southern Utah in 2003).  A four-time All-Academic MW selection and two-time MW Scholar-Athlete, she played in every game (115) of her college career.  She earned her degree in Business Administration in 2005. 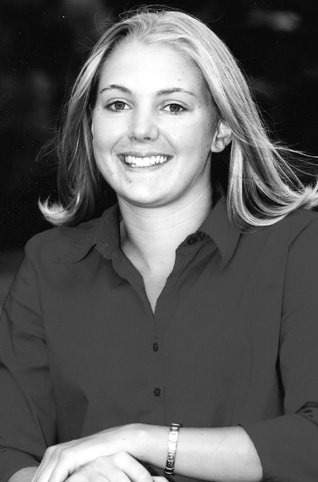